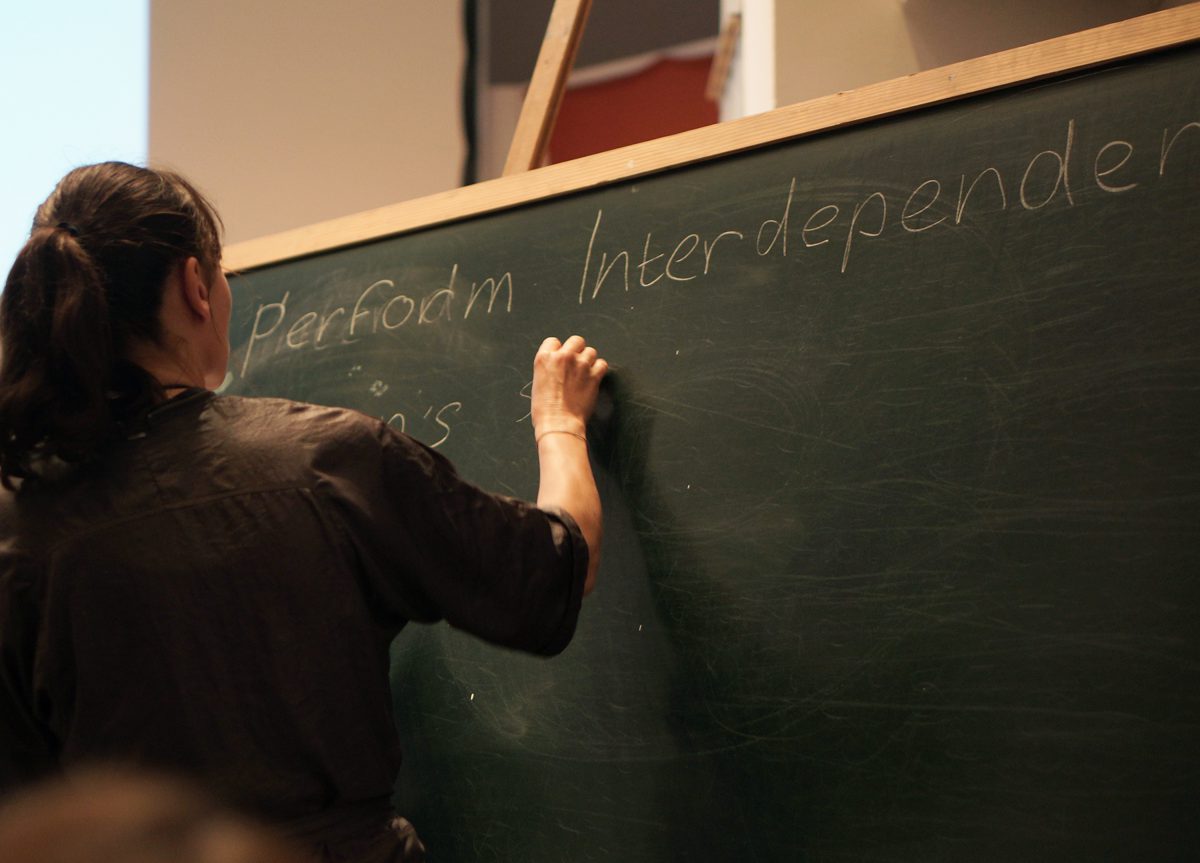 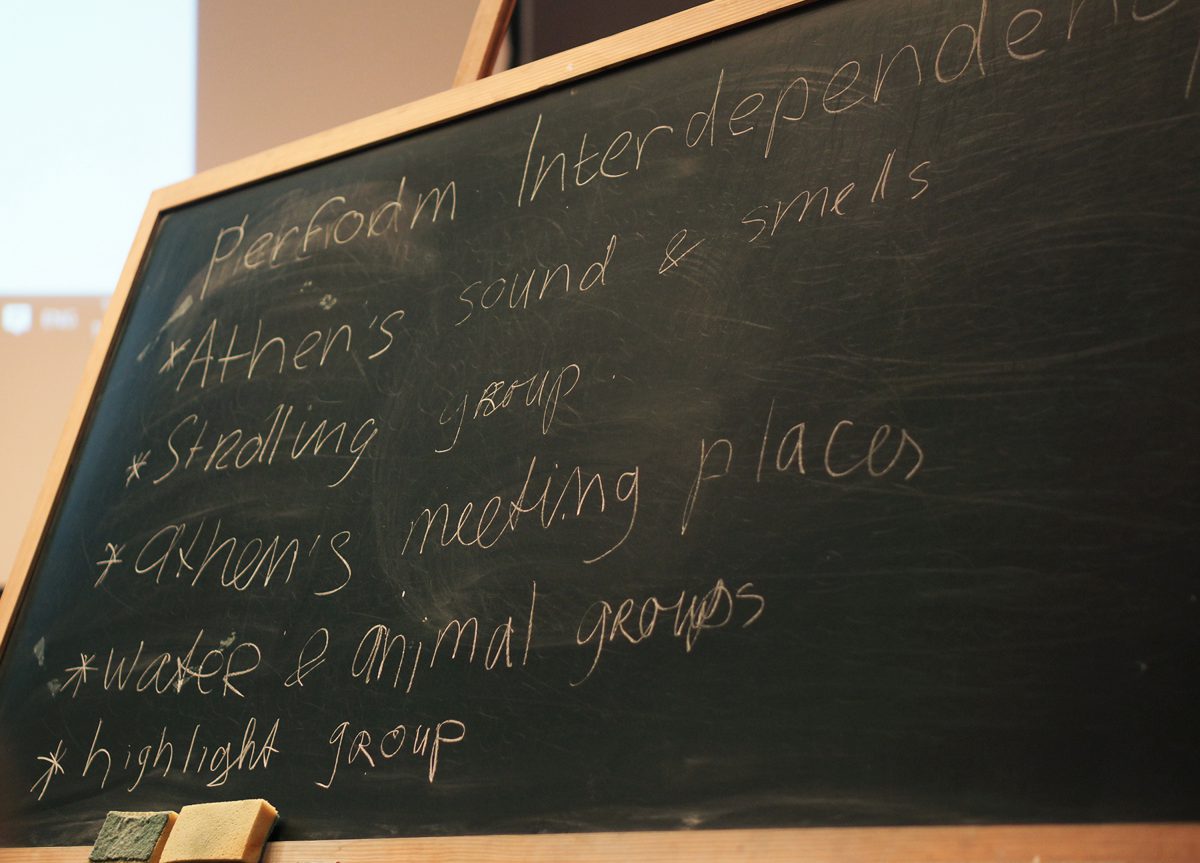 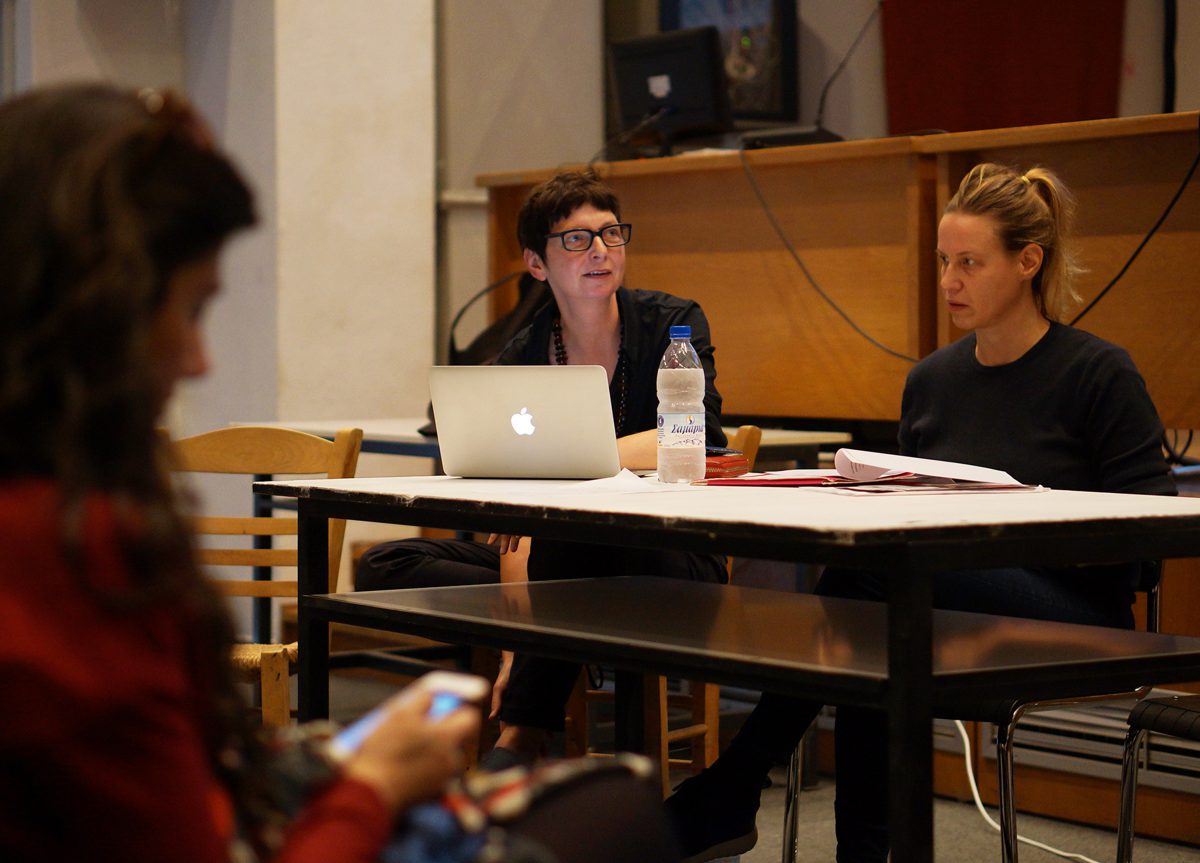 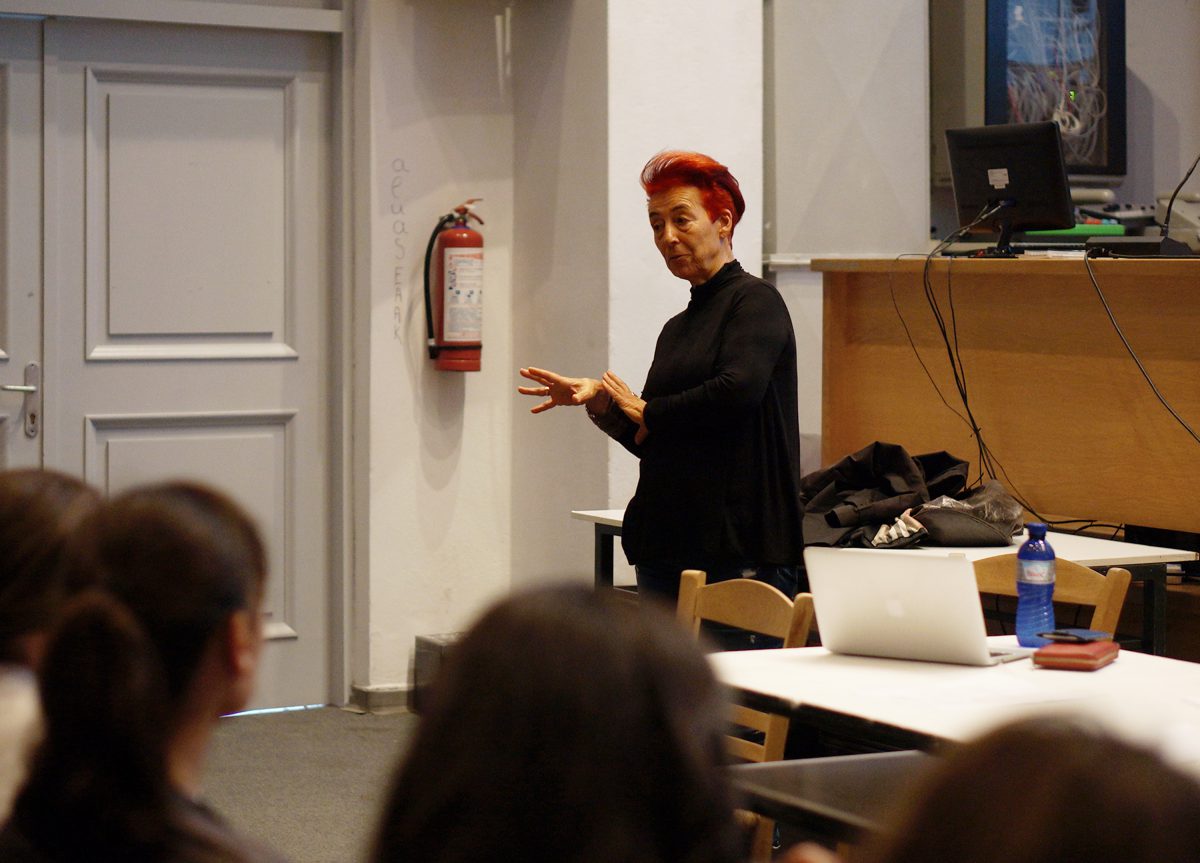 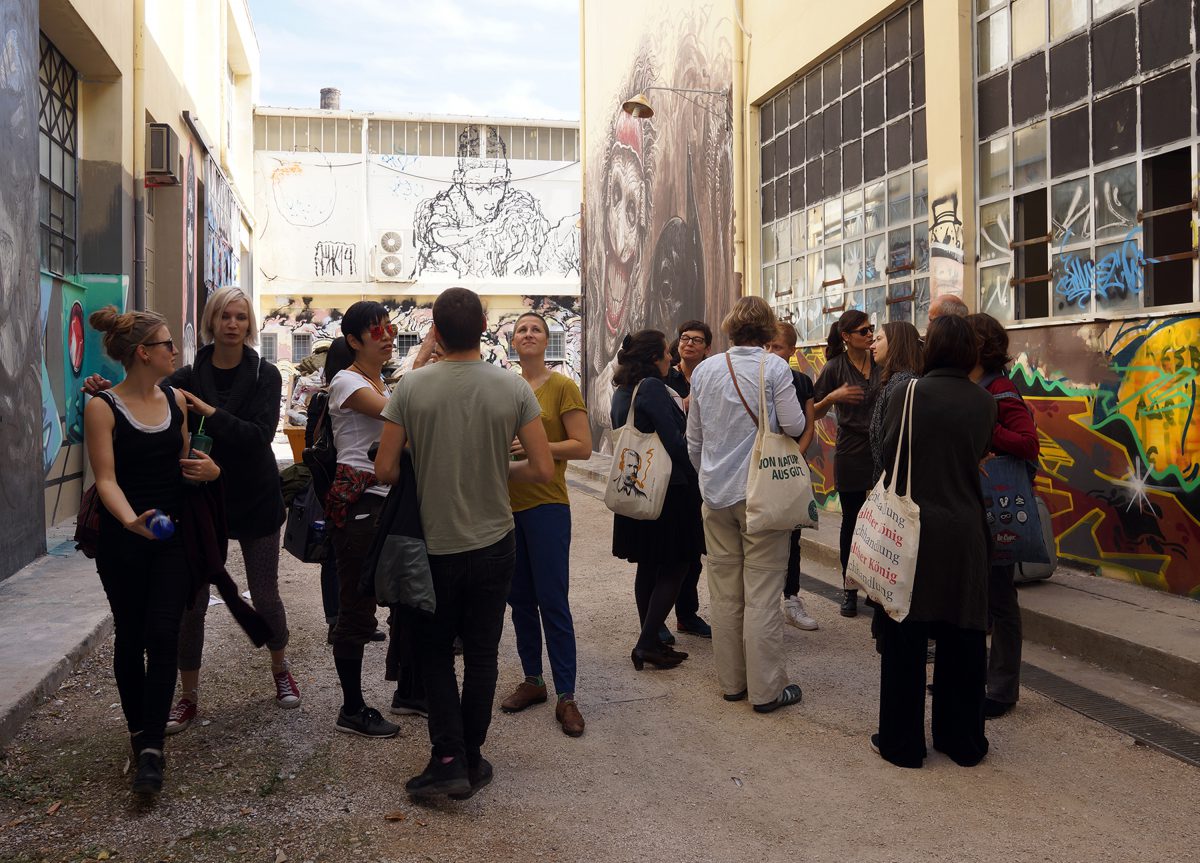 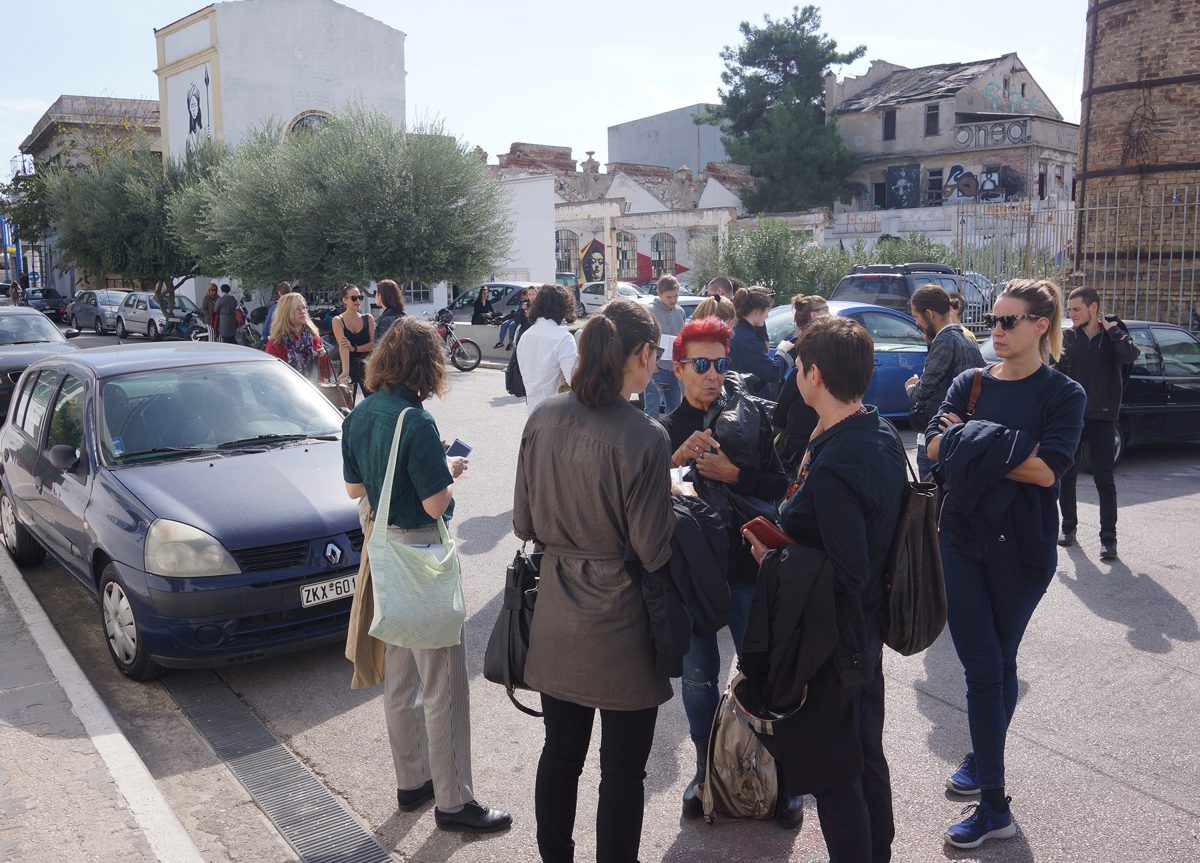 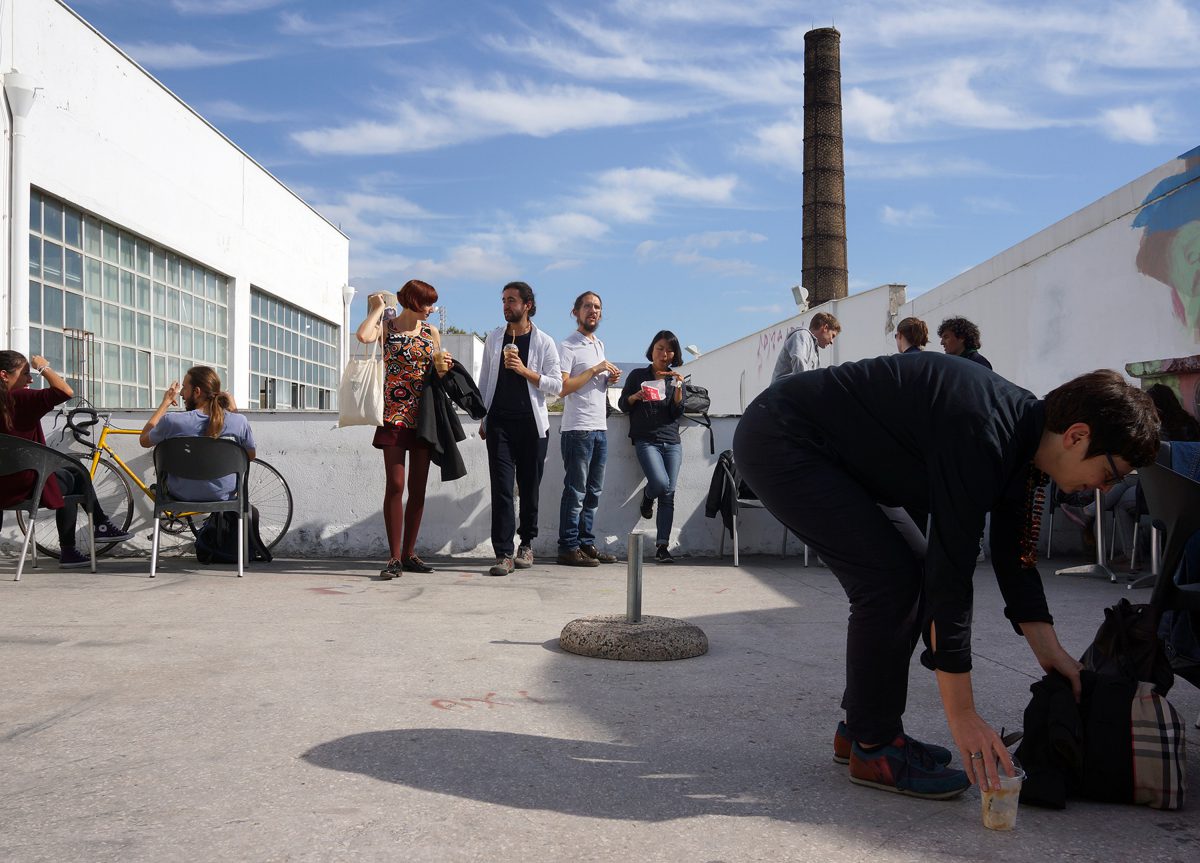 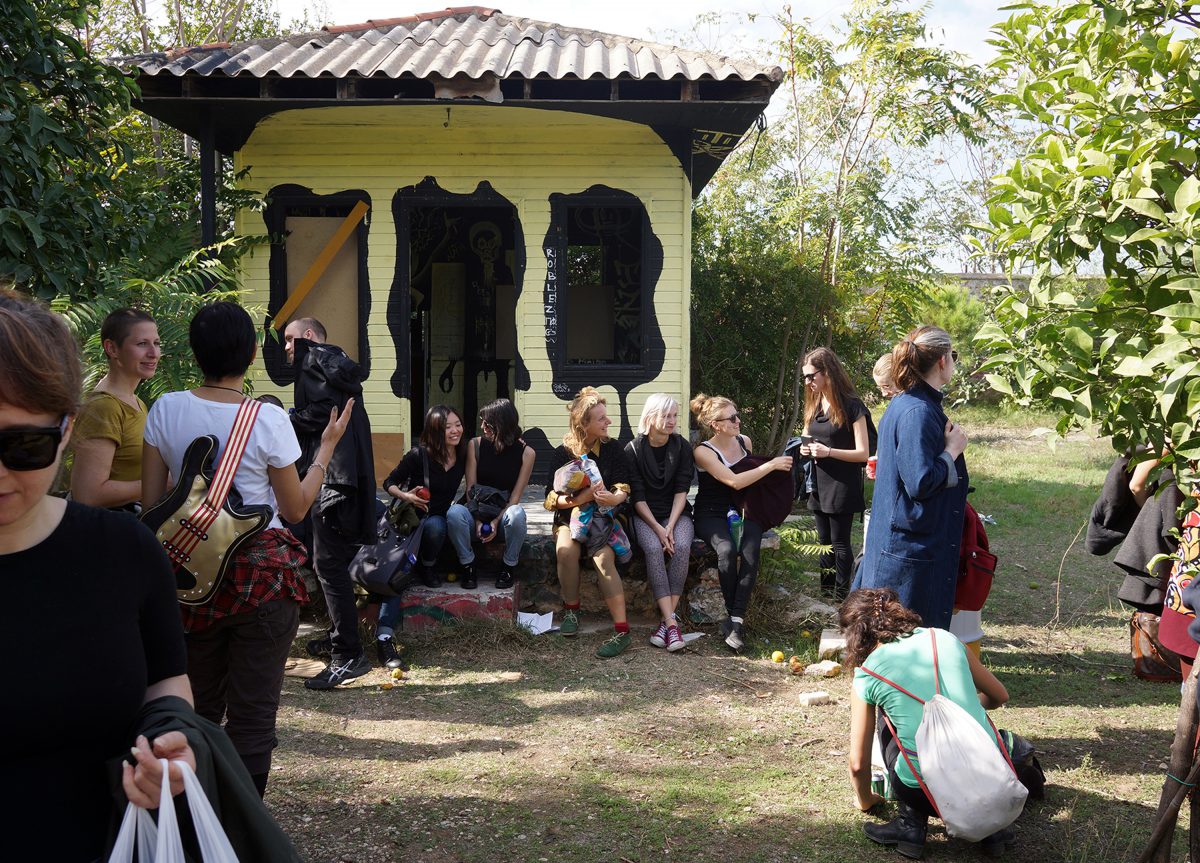 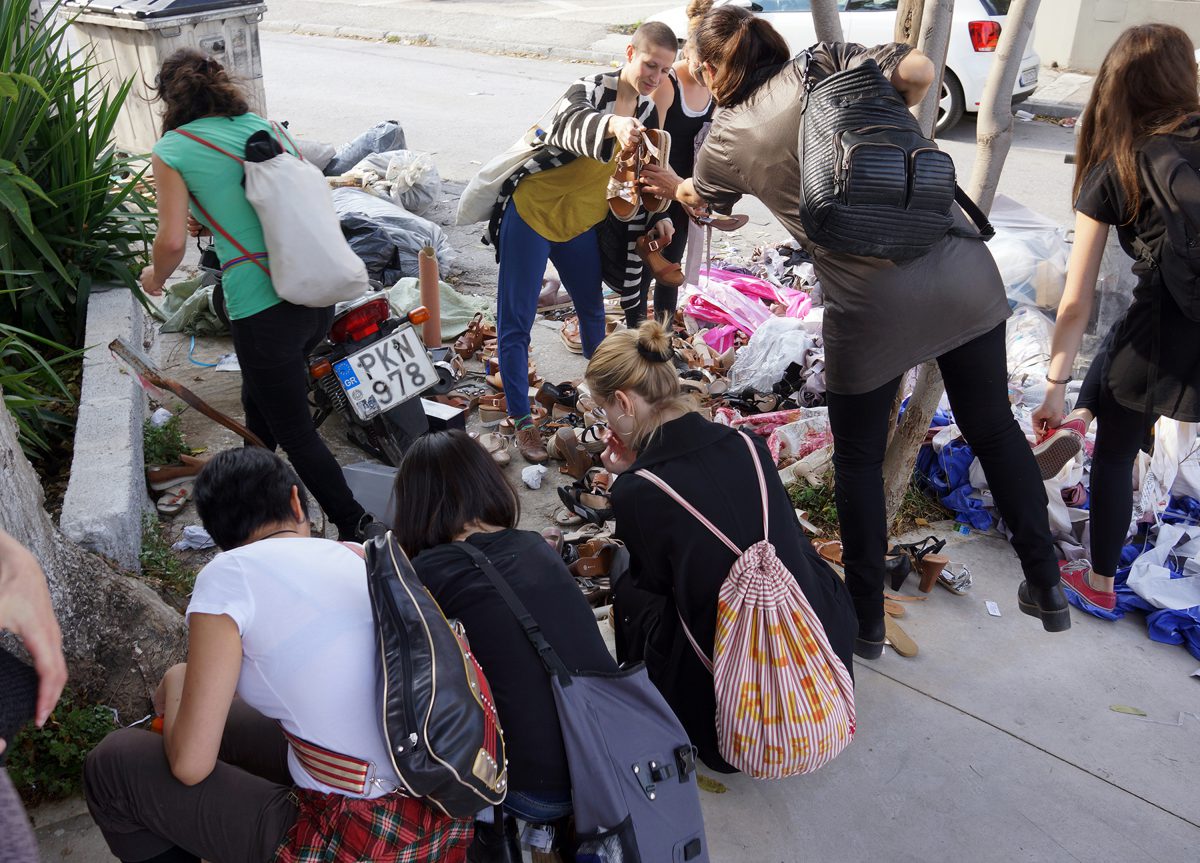 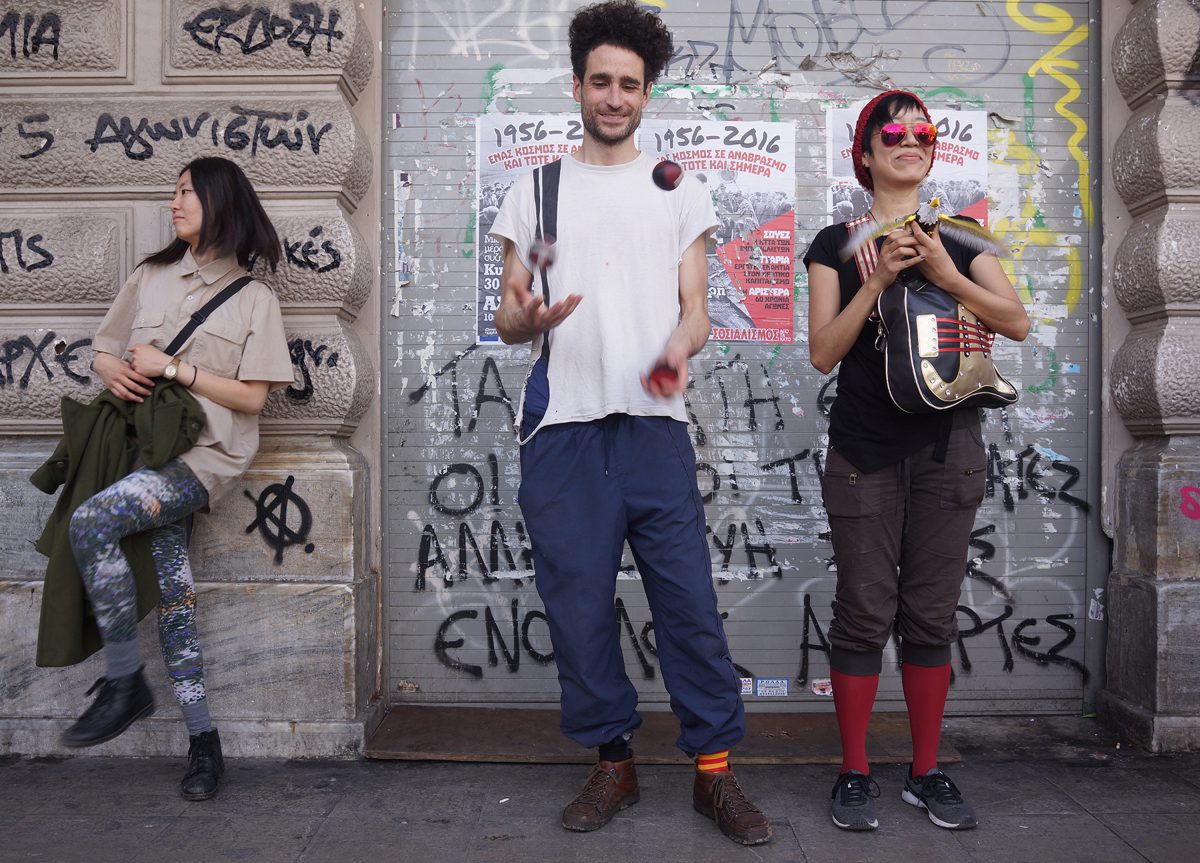 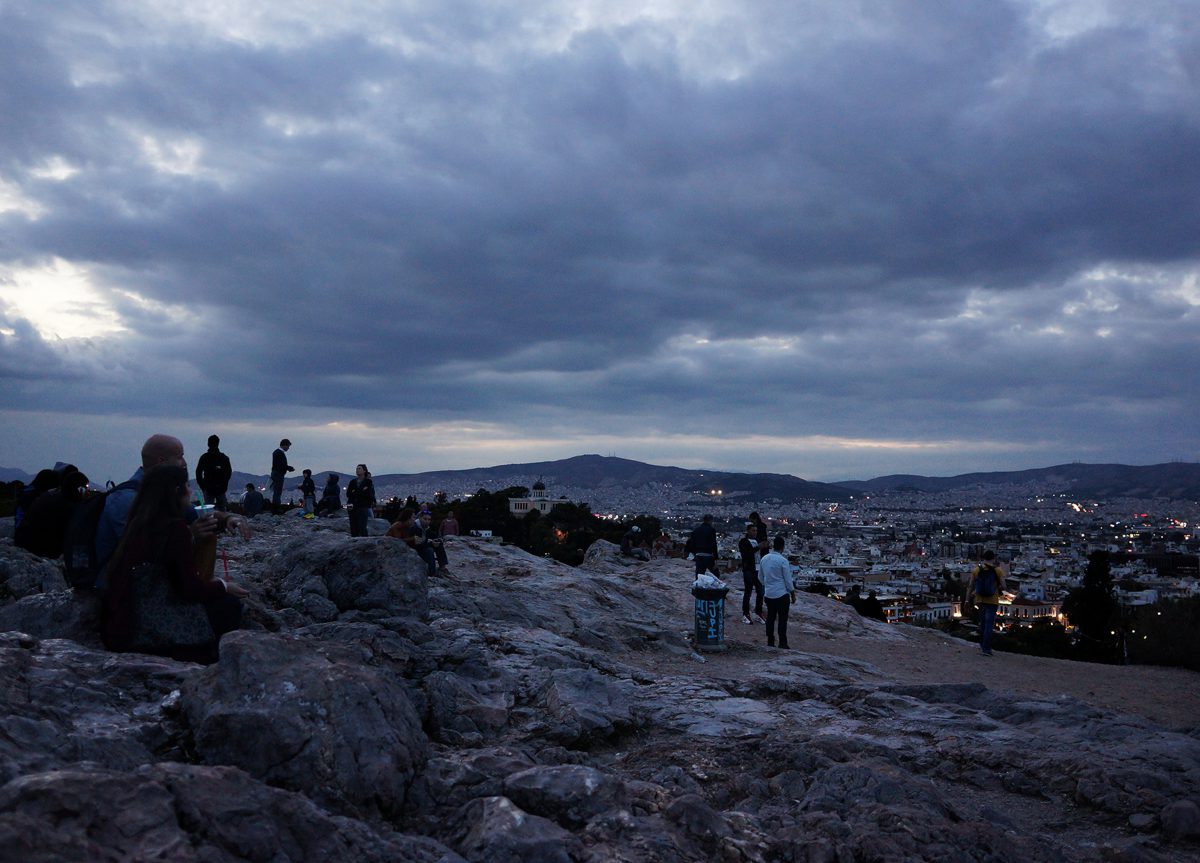 This co-operation project brings together three projects that have been engaged with participatory and collaborative strategies in the arts, with the aim of developing them further. This is in reference to the research project Micropractice. Practicing Engagement and Resistance of the Institute for Theory at the Zurich University of the Arts (in collaboration with the Research-Group Media and Participation. Between Demand and Entitlement, University Konstanz, Germany, 2015–2018) and the project Performing Change of the class for performance, media and installation at the School of Art and Design Kassel (in collaboration with the Albert-Ludwigs-Universität Freiburg, Center for Anthropology and Gender Studies, the Museum of Contemporary Art and the Theater Freiburg Freiburg, 2014-2015). Further more the project Assemblies: Acts of Social Urgency and Imagination. A forum for observing and interrogating the basic act of assembling as the art of active alliances and “commoning”. The forum emerges after two year of ongoing artistic practice and research working cross media on interrogating concepts of urgency conceived by Jenny Marketou in collaboration with Zafos Xagoraris, visual artists, activists and art professors.

Within several workshops we will analyse the potential of participatory and performative actions in relation to the project issue of Perform Interdependency. On the one hand we want to discuss terms of interdependency, participation and performance (performanz/performativity) in relation to (art) theory, while on the other hand we want to reflect on artistic actions as political forms of inter/action in the context of contemporary art discourses, as well as the social forms of inter/action within the respective countries.
Performance, activism and collaboration are topics that are extremely relevant in contemporary art, which can be observed most clearly through the increasing numbers of performative artistic works in exhibitions , workshops, conferences, and also in art/theoretical publications . The facts, that these forms of action can take place not only in the context of contemporary art but also as a social practice, makes performance one of the most exciting and potentially influential medias of our time. Actions and scenarios, that are not (yet) accepted within the existing reality can be (inter/activly) examined and tested in the protected environment of art. Through performative and participatory actions in the free space of art, the individual freedom of action can be extended to a symbolic level, and the acquired skills can be gradually integrated into everyday life.

Perform Interdependency
We come into being as subjects by virtue of the norms of sociability and relatedness to others. We want to think about this in a radical way. For us, this is not specifially a linear process of development, as it is a process in which we are all relational and interdependent beings. By construing relationality and interdependency as a primordial level of subjectivization, we make a distinction to the concept of a sovereign subject and want to create an alternative to the self-sufficiency of the neoliberal subject.
One can say that interdependency is fundamentally injurious and enabling for the subject. In a conversation with the feminist social anthropologist Athena Athanasiou, Judith Butler mentions that the idea of interdependency establishes a principle of equality and connectedness. She writes: “I think that idea of the interdependency, especially when it manifests in the form of extra-electoral upsurges of the popular will, articulates an alternative to both liberal and neoliberal forms of individualism as well as to unjust and accelarating form of inequality.” (Butler 2013: 107)
In this respect, Perform Interdependency refers to an attitude, or to activism, as an act of sociality rather than of activism as an act of confrontation between a supposed original self and the other. Interdependency is connected with an ethic of responsibility and opens an ethical concept that Butler describes as “a question of an ethical relation, that is, the question of what binds me to another and in what way this obligation suggests that the ‘I‘ is invariably implicated in the ‘we‘.” In relation to interdependency, participation no longer means that we decide to participate in this or that, as we already take part. “The ‘I‘ is already social, and must begin its reflection and action from the presumption of a constitutive sociality.” (Butler 2013: 107).
Interdependency means to learn from each other, to take care, to cultivate human exchange and participation, to participate, to change perspectives, to be in touch with people, equality, (self-) authorization, to overcome differences, performative strategies, policies of everyday life, collaboration and transformation. The combination of performativity and interdependency reflects the world creating moments of art.

workshops / performances / collaborations
with all students and teachers in Athens
experimenting with ideas for performance, actions and collaborations
working on a publication/web-site, participating in the Assemblies
October 2016

entering workshop & local research #2
workshops / performances / collaborations
with all students and teachers in Kassel
experimenting with ideas for performance, actions and collaborations
working on a publication/web-site
January 2017

PERFORM INTERDEPENDENCY #3
with all students and teachers in Athens
public presentation: performances, actions and collaborations
April 2017

PERFORM INTERDEPENDENCY #4
with all students and teachers in Kassel
public presentation: performances, actions and collaborations
June 2017