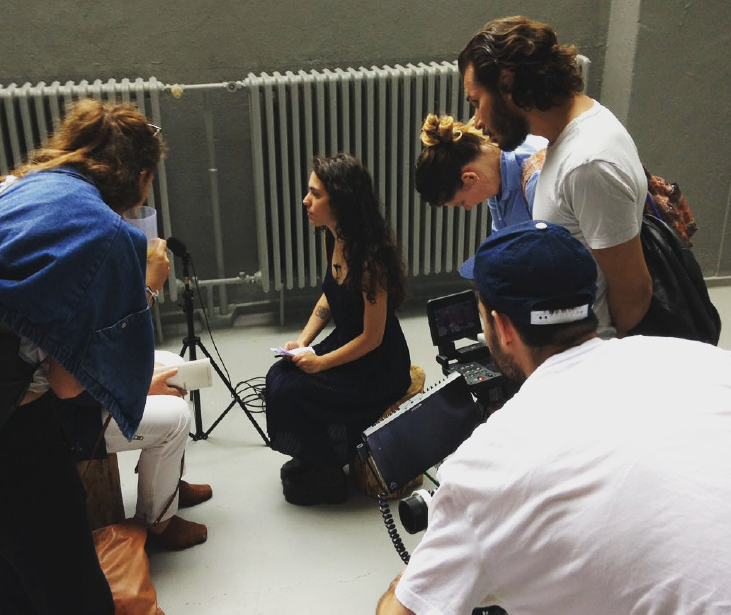 Since the beginning of my studies at UdK I’ve been working on the concept of narration in movement mostly through performance and installations.
My focus lies on community-driven projects, trying to capture potential areas of hybrid performativity where the cultural “in-between” of each community I work with is encountered, becoming a transformative key across languages and cultures. My work is often drawn to peripheral european areas such as my place of origin Sicily, or areas suffering from the pressures of globalization. I often work with communities that are already in a process of narration in motion and/or displaced.

How do relations between cultures of birth and exile affect core definitions on the concept of “native”?

With my work I aim to subvert and question any particular cultural sense of belonging and elaborate on the articulations of identity beyond the strictures of the global/local binary, expanding or subverting these strictures.

—
Cut it down you will find something at the roots (2017) is a narrative inquiry based firmly on the premise that, as human beings, we come to understand and give meaning to our lives through stories and storytelling.
The project has been performed as a sort of qualitative research that involves the gathering of narratives—written, oral, performative —focusing on the meanings that people ascribe to their experiences, bringing them into a performative context and leveraging these, to subvert the local stereotype of national identity, therefore, trying to creating a bridge with the current refugee crisis to raise participants awareness.